Brazil: On the famous beach of Copacabana, people will dress in white as a symbol of good luck for the year ahead. Champagne is traditionally drunk and eating grapes and lentils are customs associated with the holiday.

Chile: It is believed that wearing the color yellow on New Year’s Eve will restore the vitality in one’s life. For good luck, people will leave coins on their door step or walk around with money in their hands.

Japan: New Year's Eve is used to prepare for and welcome Toshigami, the New Year's god. People clean their home to welcome the god before New Year's Eve. Buddhist temples ring their bells 108 times at midnight representing the 108 elements of a person’s mental state.

Korea: Dinner with family and friends is customary, served with a special soup called Tteok-Guk which is a hot soup with thin, flat rice cakes and most times, eggs are inserted. The Koreans believed that they will live a longer life and if one dares not to eat the soup on New Year's Day, then bad luck awaits.

Germany: Germans believe touching a chimney sweep or rubbing ash on your forehead brings good luck and health. Jam-filled doughnuts with or without liquor fillings are eaten. In some northern regions of Germany, a dish called Speckdicken, similar to a pancake with sausage and bacon, is shared between neighbors.

However you celebrate New Year’s Eve, it is a new start for a better year.
At Boardwalk, book a table for a very special evening full of entertainment and great food. 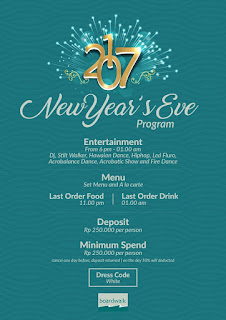 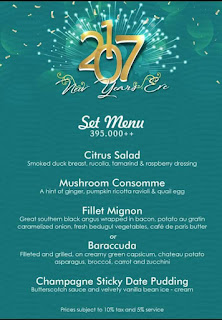 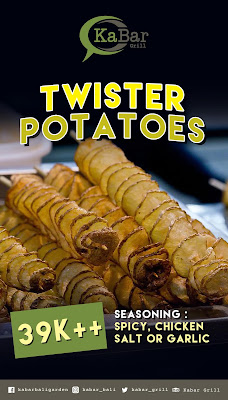 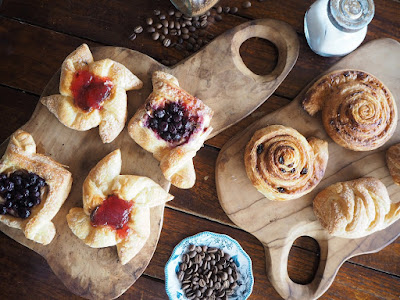