Showing posts from October, 2017
Show all

Salsa: the Dance and the Sauce! 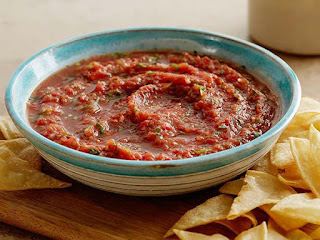 The word Salsa can be defined into two main things, Latin America dance and a hot tomato based sauce. First, let’s talk about the dance. The word “salsa” does mean “sauce” in Spanish, it is believed Salsa was being associated to the dance because like a good bowl of salsa, it contains a lot of heat and great elements. The dance movement first started in Cuba in the 1800’s, with many forms such as Cha Cha Cha and Mambo, it travels through the Caribbean Islands which then take it further to the Latino communities in New York in the 1970s. The dance forms vary from two people standing in front of each other while focusing on the hip movement or two people circling intimately close to each other and one person leading their dance partner by confidently moving their hand on the other person’s hip or the small of their back. Like many things in life, Salsa can be learnt and mastered but if you know that you are a person with two left feet it may be a bit of a challenge.
Post a Comment
Read more 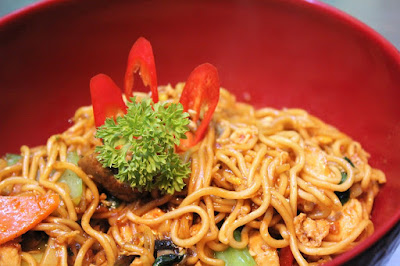 In Asia, noodles are the closest thing to life itself. From China, Thailand, Vietnam, Indonesia, Malaysia and many other Asian countries have their own signature noodle dish that represent the culture and the flavor profile of each country. Do you consider yourself an avid traveler and a noodle aficionado? We have 10 top Noodle dishes from across Asia that are worth trying. 1. Mie Goreng The classic, can’t go wrong dish, Indonesian style fried noodle. The stir fry noodle, usually mixed with chicken and garnished with fried egg, is coated with thick sweet soy sauce balanced with the heat from the spices. The noodles are made with egg and flour, resulting in a chewy thick noodle that is perfect to carry all the spices. 2. La Mien La mien is a Chinese noodle made by pulling the dough into strands of noodles. The art of noodle pulling can only be mastered after years of practice. The perfect noodle is usually served with flavorful clear chicken broth with various meat
Post a Comment
Read more

B is for Burrito! 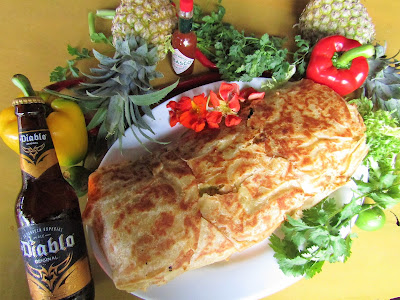 For Mexican and the Tex-Mex food lover, Burrito is one of the main options on a menu, next to Tacos. Unlike taco, which is only folded around the filling, burrito is a large rolled up flour tortilla typically filled with meat and refried beans. The rolled up tortilla is grilled until it is golden brown and holds its cylinder shape. In the USA, a burrito is not only filled with refried beans and meat, vendors would add Mexican style rice, cheese, guacamole and lettuce to bulk the burrito up. The word “burrito” means “little donkey”, a diminutive form of the word “burro” that means “donkey”. In Mexico , donkeys were commonly used as a mode of transportation, carrying bedrolls and packs similar to a burrito, the food. To satisfy burrito cravings, a simple and easy Chicken and Beans Burrito can come a long way. Ingredients 1 tbsp. olive oil 100 Gr corn kernels 50 Gr diced red onion 100 Gr black beans 150 Gr cooked Long-grain rice 200 Gr cooked, shredded chicken 1
Post a Comment
Read more
More posts